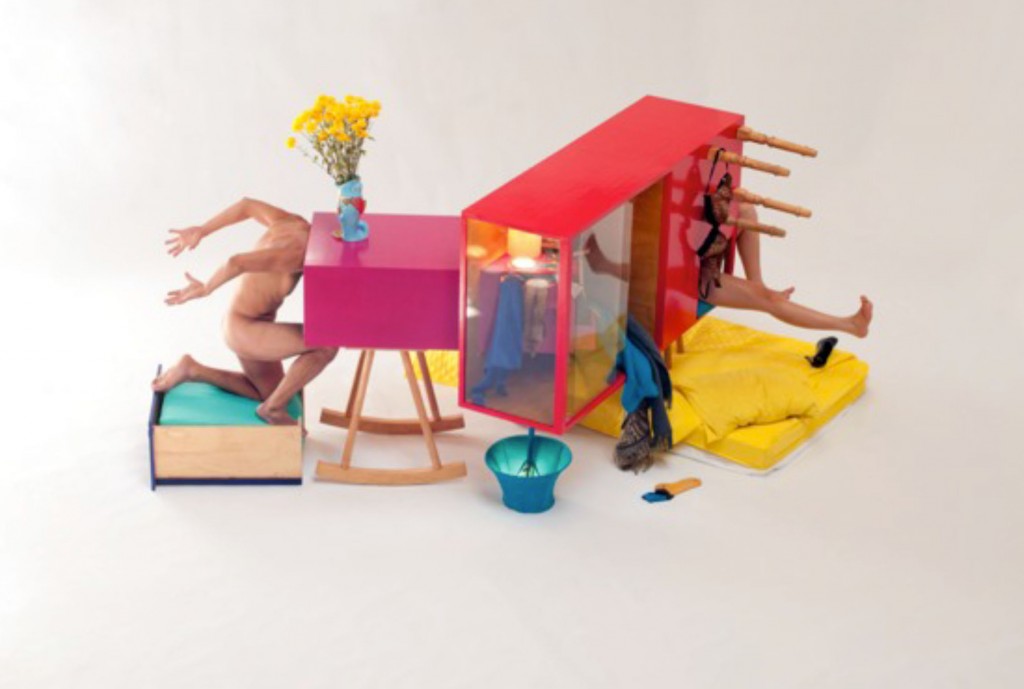 The proposed work is a remade video loop based on the documentation and the performative installation Fuckniture named after a piece of live art that Rodrigo Red exhibited in various venues during 2012 and 2013 in Mexico City . The bodies are within the piece lacking a script and perform repetitive movements. They become a reminiscent of an ecosystem that has been frozen in time in a cycle way .

With this piece I wanted to create a beast, a kind of Dragon of 3 heads, but far from having three heads you have amorphous furniture with bodies inside. It is baptized as Fuckniture summing up the words from the English fuck and furniture. The two bodies intersect inside the furniture as if it were an exchange of information or ejaculation. The aim of Rodrigo is to question the limits between individuals and objects as well as the exchange of economic, energy, culture and IT resources on business or society.