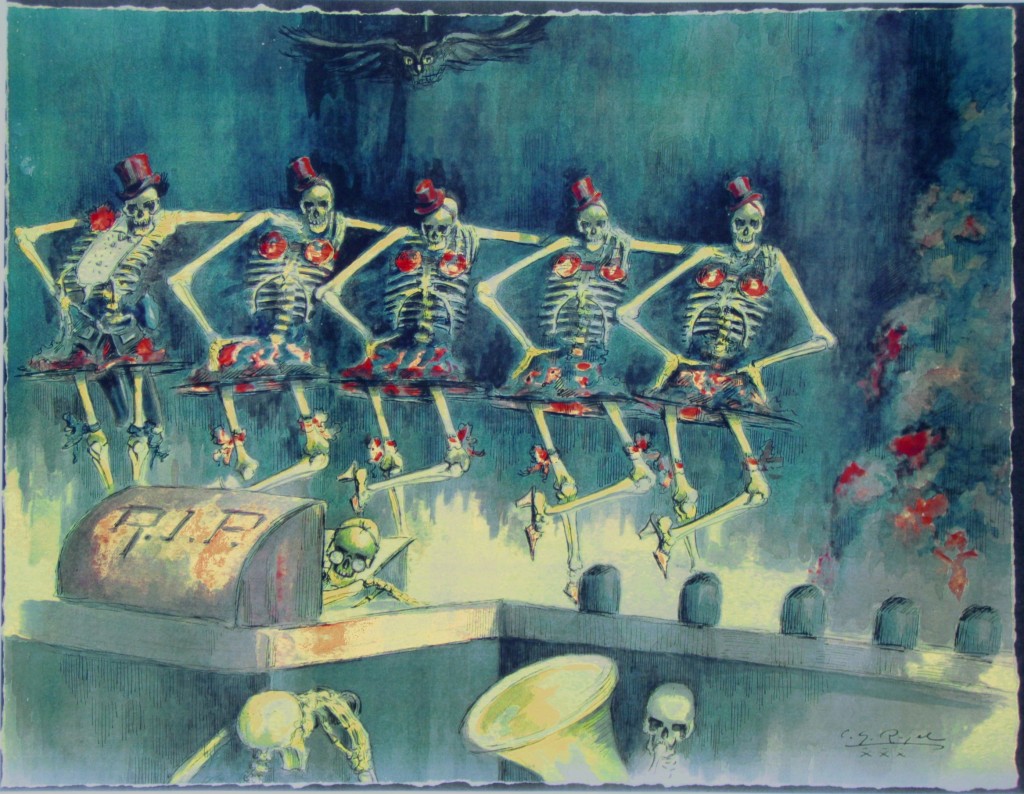 In an exercise of fusion of the deepest Spanish cultural traditions and new technologies, the spectator can admire the work of Ragel in stereoscopic paintings and 3D televisions, allowing him to delve into the best of two worlds: the pictorial vanguard of the early 20th century represented by his work, with today’s technological vanguard involved in 3D.

From March 6 to April 6 2014, Jerez de la Frontera, Spain (European Wine City 2014) hosts the first exhibition of painting in 3D in the world. The exhibition, a selection of the work of the painter and photographer Carlos González Ragel (1899-1969), inventor of the so-called „skeletomachy“, will be coordinated by the spanish company Volumetrica 3D.

Kunst Schimmer will show an example of what you can find in its first exhibition in Spain. Others exhibitions will follow.

Volumetrica 3D is a spanish audiovisual company specialized in 3D. Its objective is clear: to discover new horizons in the audiovisual field and in the way of presenting products. The world is constantly changing and technology evolves with it. For this reason, in Volumetrica 3D we investigate every day to use these technological advances and adapt them to our work.

Advertising, cinema, painting… the alternatives offered by 3D technology are endless and open an exciting and unknown range of new possibilities for communication and artistic expression.