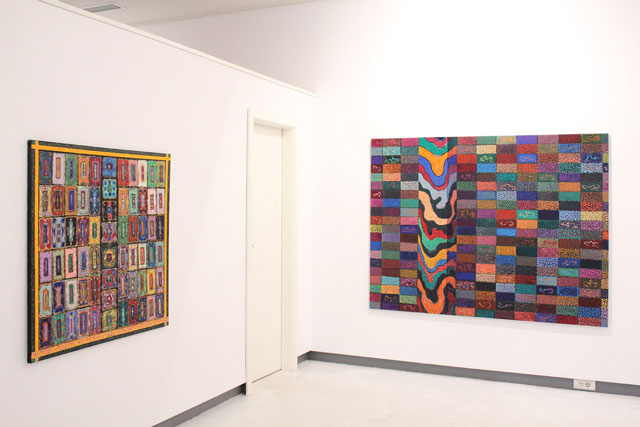 His project is called TRANSORNAMENTAL DREAMS. It consists of two sets of prints of paintings on canvas from a previous “trans-ornamental” project. His trans-ornamental projects affirm the power of the ornament and of structured signs, with metaphysical and affective resonances. Sometimes they alternate with other projects that involve pure vibrations and freely developed signs. In essence, the proposed selection of prints assembles ornamental structures with inclusion of derived mandala-type symbols and chromatic vibrations surfaces. It can also be defined as STARLIGHT DREAMS and COMPONENTS of a PSYCHO-CHROMATIC ENVIRONMENT. The starting points for this vision are nature, flowers, and a special state derived from the long contemplation of the moonlight and the infinity of the skies, superposed with my cultural memory and the virtual travel in the circles of the imagination and dreams, starting from my early childhood.