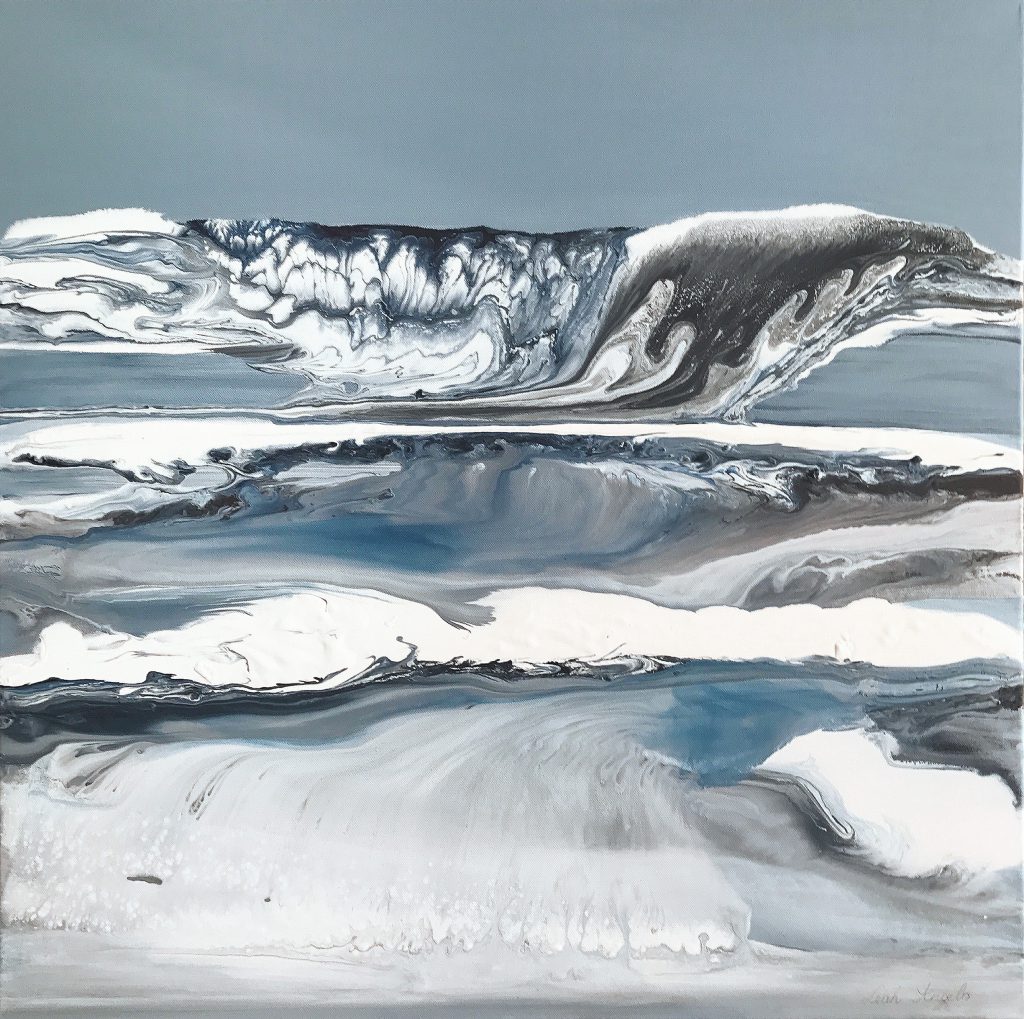 Leah Angelo is an international contemporary abstract artist originally from Vienna, Austria who has exhibited in Europe, North America SE-Asia and Australia. Her abstract works have been highly sought after by private collectors ranging from Emmy winners in Hollywood to corporate art collectors throughout the world. Her work has been strongly influenced by her extensive global travels through Europe, USA, Canada, Australia, SE-Asia, India, and certainly by her often changing residences like Florida, California, Honolulu and Maui (Hawaii), Vancouver BC, Vancouver Island, Scotland, England and Spain. Friedensreich Hundertwasser first discovered Leah Angelo’s talent by accident and this played a significant influential role in Leah Angelo’s early artistic development when he became her teacher, as well as her close acquaintance with Mike Kelley and Rob Rauschenberg. „Leah Angelo possesses a unique ability to sense, interconnect, and communicate diverse realms of existence through her art. Her abstractions are inspired by wonders of nature as well as by dreams and multidimensional levels of awareness. The resulting compositions embody harmonious confluences of mind, body, and spirit, representations of universal love and reverence for all, and of the divine essence that exist both within and around us. Leah Angelo´s work undeniably is an artistic highlight in the increasingly diverse and international nature of the evolving art community in our time!“ Alan Bamberger, Art critic, San Francisco