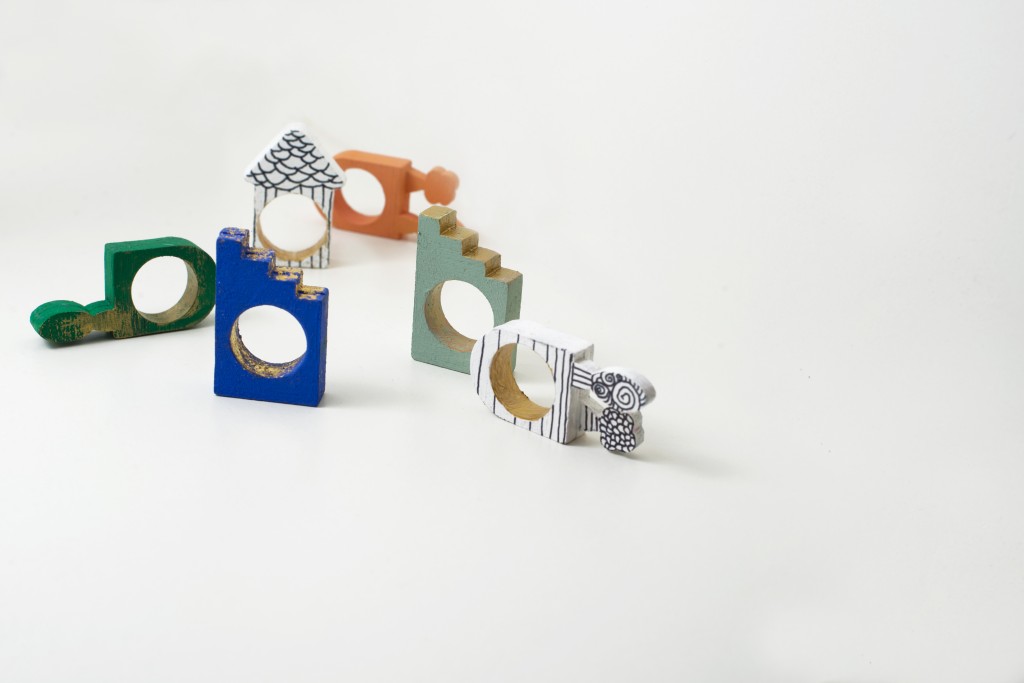 She was born in 1984 in the city of Athens, where she grew up and attended school, with the exception of the last 2 years of high school that she attended -and graduated from- the 1st Lyceum of Syros. Those 2 years she took up jewellery making as a hobby, working with glass, buttons, sequins and beads, which made her realize that creating her own original jewellery is what she is interested in professionally.
Subsequently she studied handmade jewellery making at the Mokume School (2002-2005) and since 2004 she begun exhibiting her work in group exhibitions, as well as individual ones. At the same time, she attended various seminars regarding her craft. She has been working as a professional jewellery designer and maker since 2006, while in 2007 she opened her own commercial space-workshop in Anagnostopoulou street, Kolonaki in Athens where she was hosting artwork by other artists, too. Two years later she turns her commercial space into an atelier on the first floor of a building, in the center of Athens. In 2012 she moved in Berlin where she and her colleague Phaedra Richter